A drone was used to deliver local products along a route of 0.8 km in length with a 20-meter difference in elevation between the former Mikawa-Hirose station and the former railroad crossing in Higashi-Hirose-cho, an abandoned railway line owned by Toyota City.
In addition to conducting flight experiments to follow the abandoned railway lines using real-time images via GPS and LTE communications, the experiment also verified the use of the transportation IC card “manaca” to transfer packages in anticipation of future applications such as identification of the recipient, confirmation of transfers and payment of bills.
This demonstration project is part of the “Social Implementation Promotion Project for Unmanned Flying Robots” that Aichi Prefecture has been conducting since fiscal 2019 as a social implementation project of the Cabinet Office’s Near Future Technology, etc., and was conducted by the Meitetsu Group Drone Joint Venture consisting of Nagoya Railroad and Central Japan Airlines with the cooperation of KDDI and PRODRONE. 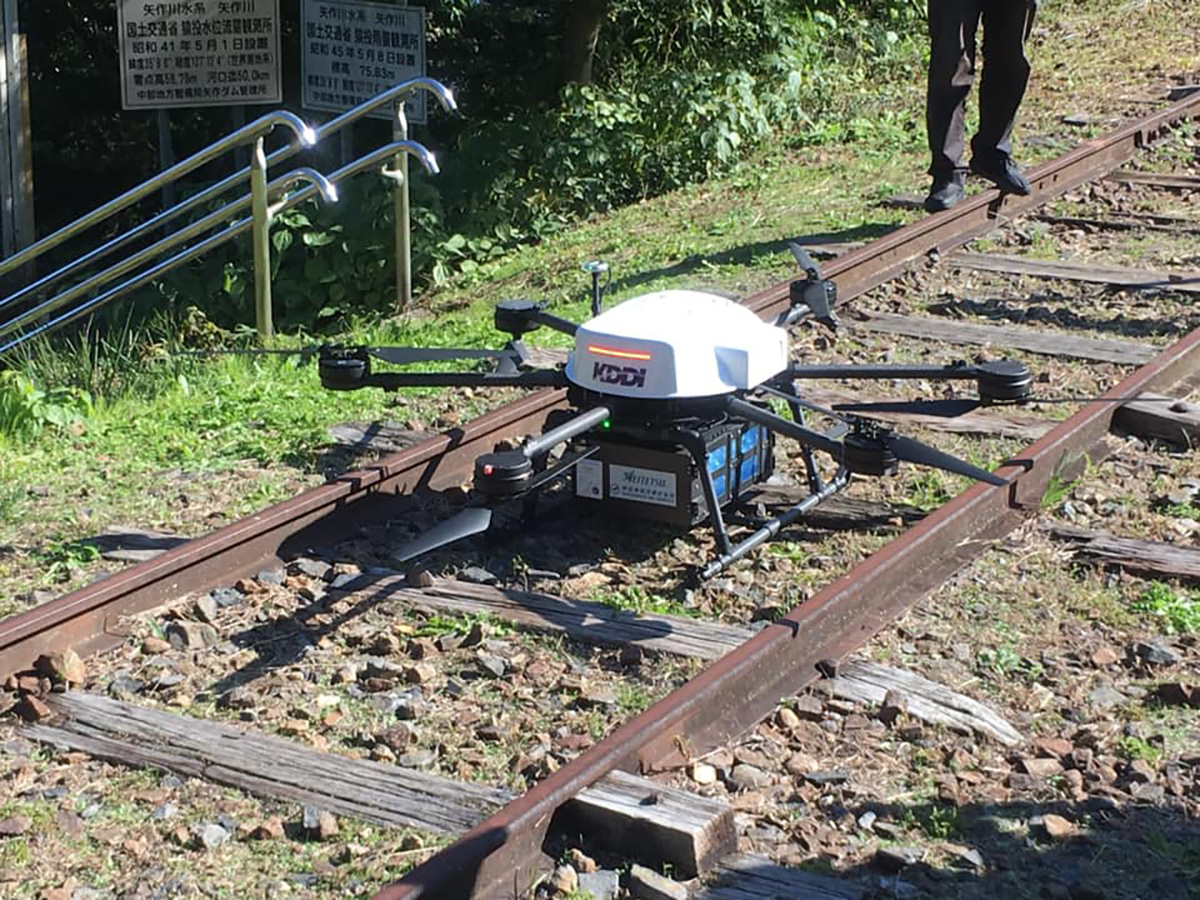