On October 28, 2019, the Aichi Prefecture conducted a fght demonstration in Minamichita Town to deliver medical supplies to a remote island using a small unmanned drone. This is part of a project started by the Aichi prefecture this year to use drone technology in the real, and the experiment on this day was based on the premise that insulin was urgently needed on Shinojima Island in Mikawa Bay, where the PRODRONE PD6B-Type2, loaded with supplies, was automatically operated using LTE communications (mobile phone signals) In the test flight, the drone was flown from the port of Shiozaki, 3.5 kilometers away.

In the experimental flight, the drone flew 50 meters above sea level and landed about 15 minutes later from Shiozaki Port on Shinoshima Island. There were no abnormalities in the contents of the aircraft. Regarding the aim of this demonstration experiment, ”In a situation where even just sending medical supplies could save lives, a drone would be very effective”, an official from Aichi Prefecture said.

Currently, a doctor’s helicopter costs about 10,000 yen for a one-minute flight. Sea taxis are expensive, costing about 4,000 yen one way. We will aim to make it operational while comparing travel time and costs to those of ferry services and verifying safety. 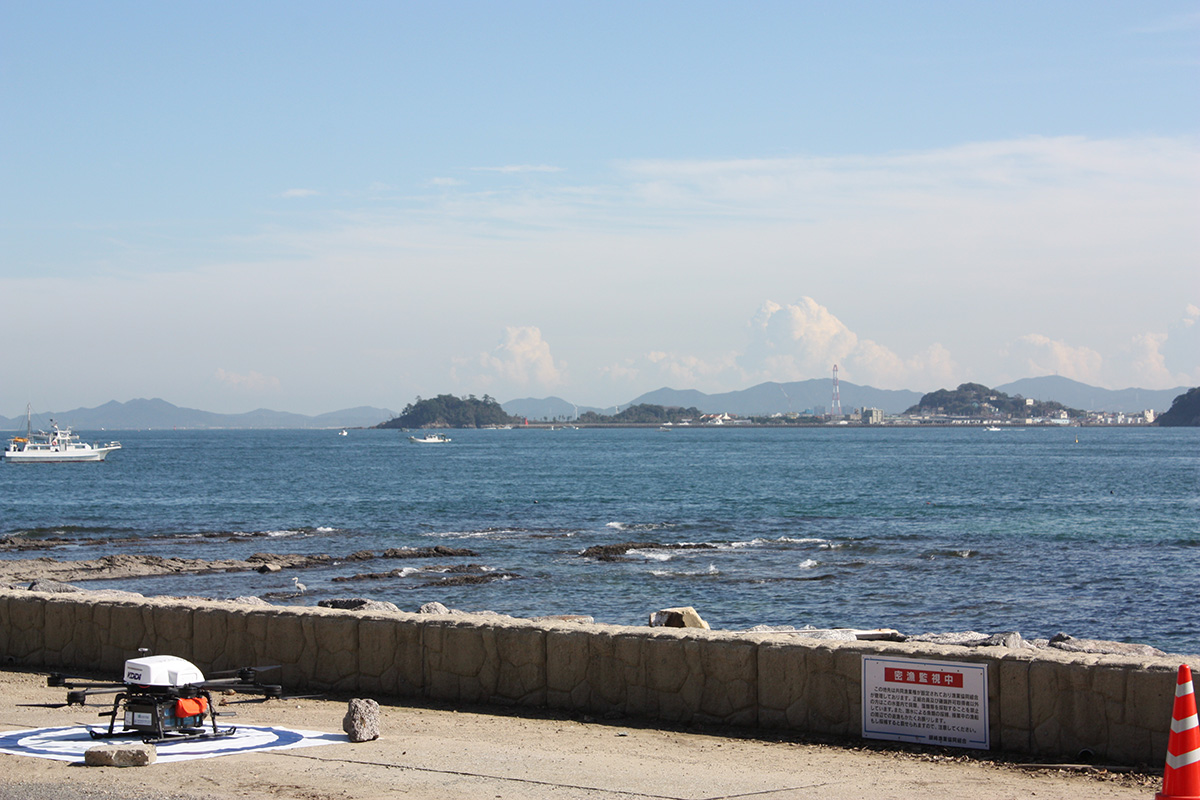 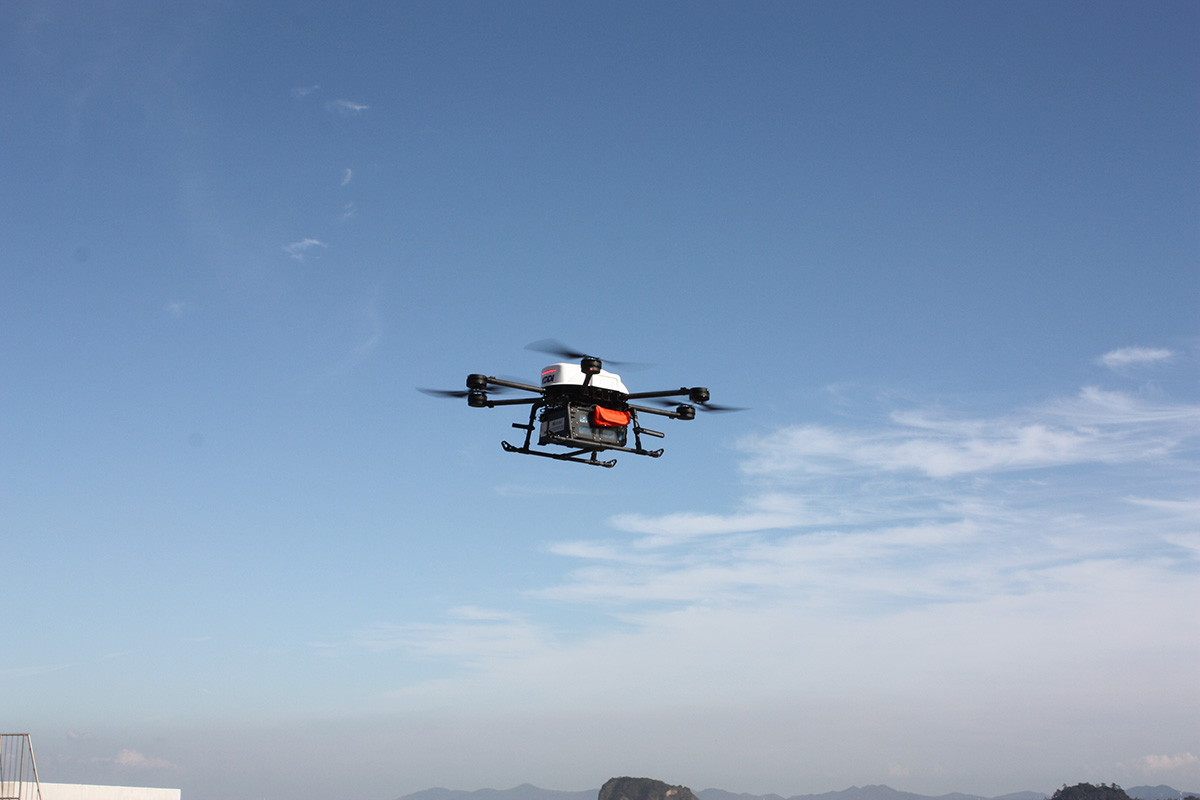 Drone delivery wit...
Flights between re...